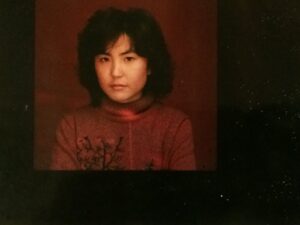 I’ve mentioned this before, but it’s taken me a while to grab hold of my female voice. Maybe a psychoanalyst can figure out why, but then again the reasons may not be germane.

After my third Mas Arai mystery (that series is all written in the third person), I wrote a middle-grade book, 1001 CRANES. I initially started it from an adult woman’s POV, but my agent at the time, shook her head. “Naomi,” she told me, “the teenage voice in flashbacks is much stronger than the adult one.”

Darnit! Foiled again. So I went back and rewrote the book as one for a younger readership. The protagonist was first fourteen but then moved back to twelve. It was written in the  first person.

Somehow 1001 CRANES opened a dam for me. I was able to reclaim an adolescent girl’s voice. Although it wasn’t a bestseller, it was well received and was recognized by the Asian American Librarians Association. Delacorte issued it as a Yearling paperback, belonging to line which I had voraciously read as a child.

From that protagonist, Angela “Angie” Inui, I was able to grow into twentysomething Ellie Rush and then twentysomething Leilani Santiago in Hawai’i. I’ve also written a number of short stories in both first and third persons in the female voice.

The standalone historic thriller that I’m writing right now is also first person female. She’s Aki Ito, again a twentysomething woman, but this time a Nisei in the 1940s. I’m enjoying the writing process immensely. I can meld my passion for history with my love for women on the cusp of adulthood. I’ve attempted for years to get into the head of a “typical” second-generation Japanese American women. I want to capture the optimism and practicality of this generation yet also dive into the darkness of trauma. Even as a journalist and social historian in the Japanese American community, I’ve always tried to reconcile the smiling faces and immaculate appearances of Nisei women with the stark reality of their incarceration experience in World War II camps.  Were they in denial? Were they putting up a show for the cameras? And how were they able to keep their hair so well styled?

Writing this in first person is essential for me. I want to remove any filters or interpretation that an omniscient narrator can provide. Every writer brings their unique strength to a creative work. I feel as a postwar Nisei myself and historian of Japanese America, I can bring Aki Ito alive in her own words.

What to Do in a Pandemic?